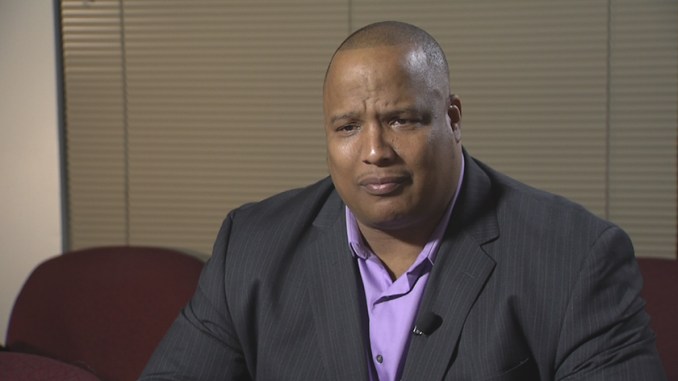 Law enforcement officials and community leaders will band together to host a solution seeking bridge forum with high school students in Phoenix, Arizona on Tuesday, November 14.

The theme of the forum, which will be held at South Mountain High School in Phoenix, is “Law Enforcement and Teens Learn how Living Together and Working Together Leads to Respect.”

The foundation believes that access to quality educational opportunities ensures the investment of every student and veteran getting across the finish line.

“I was having breakfast with constituents and saw what happened in Baltimore and in St. Louis and wanted to come up with ideas to bridge the gap between police and the community,” Powell said, describing when and how he first came up with the idea for the bridge forum.

It’s the fifth such forum—others have been held in Scottsdale, Ariz., and Louisville, Ky.

“We came up with six different topics: community relations, community engagement, media relations, multicultural awareness, crisis management, and conflict management,” said Powell, a member of the Phoenix Aviation Advisory Board and the chairman of the Airport Subcommittee. “We thought those subjects would be perfect to create a conversation between law enforcement and stakeholders. The last bridge forum we did in Scottsdale resulted in that city’s police department making 27 policy changes.”

Born in the inner city of Louisville, Ky., a short walk from the home of the legendary boxing champ Muhammad Ali, Powell graduated from Missouri Valley College in Marshall, Mo., to become one of the country’s foremost authorities on multicultural content and leveraging brand connections with multicultural audiences.

Powell partnered with the local NAACP, the Greater Phoenix Urban League and the National Newspaper Publishers Association, whose president and CEO Dr. Benjamin F. Chavis, Jr. to coordinate the participation in the forum.

“It’s a great event that exhibits the NNPA working with NAACP, National Urban League, Bridge Phoenix, Arizona elected officials and law enforcement leaders to promote improving the quality of life of all people in America,” Chavis said. “In other words, this is a significant example of building civic unity and mutual cooperation in a manner that transcends the current partisan divide in the United States.”

Also, local community leaders and parents of students that work with the Teen Court and parents of South Mountain High School students have been invited to participate in the forum.

During the forum, law enforcement officials from across metropolitan Phoenix will lead interactive dialogue sessions to gauge different perspectives, attitudes and beliefs about community policing and police etiquette, Powell said.

Feedback from participants will be recorded and used by Arizona’s police departments for additional research and curriculum training, and to better impact the community by using best policing practices, Powell said.

Other notable speakers will include Checkered Flag Run Foundation Board Member, Dennis E. Prince and State of Arizona and District 27 Representative Reginald Bolding.

George Dean, the president of Greater Phoenix Urban League, has been selected to provide closing remarks.

“We have done several of these bridge forums in the past for stakeholders, and now we want to gear this event towards [high school students] to promote a better relationship between young adults and our law enforcement officials,” Powell said.